Nothing to whine about really.  Except for our continued lack of motivation.  And the fact that the top of my mouth is raw.  Not sure what that's about, but it hurts.  Oh yes, and sick kids.  That's about all I've got.

I had a fantastic, fun filled weekend.  Saturday on my birthday I played motorcycle mama and had a good time.

Then we vamoosed over to Farpointe Cellars for lunch and a wine tasting.

Then it was home for a quick nap before Audrie's soccer game and a family dinner of gluten free pizza!

Oh yes...
Sunday brought the Heels, Hills and Him Half Marathon.

Around mile 10 we found Talia suffering.  She was sick and not feeling well.  In my quest to NOT have a personal worst I pushed on and left Randee and Talia behind.

I was bib #34.  They had my age wrong, and still had me showing as 34 years old, even though I had been 35 for a good 24 hours.  I placed 34th in my wrong age group.  My gun time was 2:34 (thankfully my chip time was a couple of minutes off of that).  Very strange how many times that number popped up!    By no means a PR.  However, I wanted it to be an easy training run before Chicago.  That is was.  My legs are in great shape.  I'm ready!

Brittany rocked her race getting a PR with 2:04, and 3rd in her age division.  Randee and Talia finished. :)

Let me just say the purple section was empty, so this is some of the GOOD STUFF!  I love when that happens!

Alright, now for some VERY important business.  It's now less than 2 weeks to Marathon Sunday!  Taper is in full effect.  Well, actually it has been for WAY too long now!  My last decision is which outfit to wear.  I'm gonna let my two remaining readers choose.  If no one votes I'm just gonna go naked.  So, for the sake of the millions of people in Chicago, PLEASE VOTE!

With either outfit I would also be wearing...

The phone lines are open.  You may vote as many times as you would like.  No limits here.  The only rule is you must be drinking wine while voting.  Whining while voting is also allowed.

Posted by Randee and Angie at 7:59 PM 8 comments 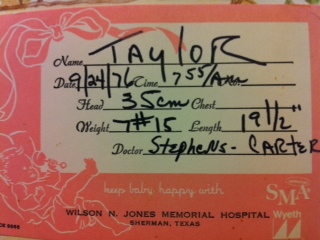 I was looking through my baby book this morning.  There are about five pictures in the book.  However, I did learn that I started yellow vegetables on November 29 and green vegetables on December 22.  WOW mom, you made me eat nothing but yellow veggies for almost a month?  And for those of you who have always wondered what in the heck was wrong with me.  It would appear that on November 21 I fell off the bed and was taken to the doctor, and on March 21 I had diarrhea.  It's all in the book people.  No denying it.

I must say it's been a wonderful 35 years.  I woke up this morning to my daughter making me toast, coffee and....
Now we are about to take a motorcycle ride with friends to the lake.  Then a wine tasting.  After that it is HYDRATION time!

Alright, I'm off to have a super, spectacular day!  Happy Saturday! 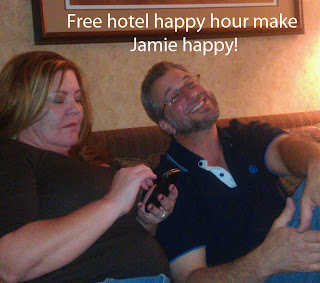 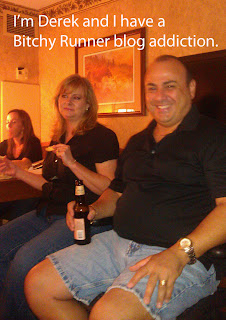 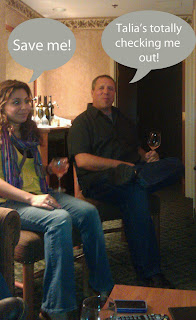 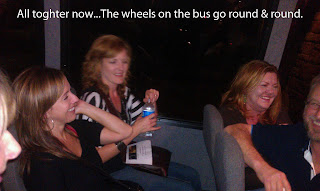 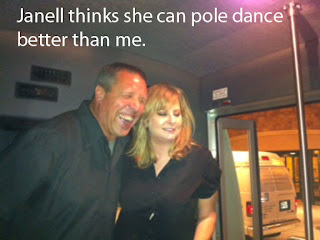 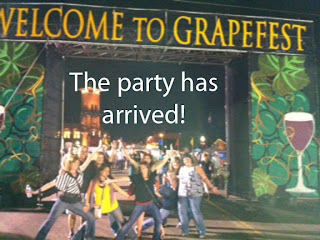 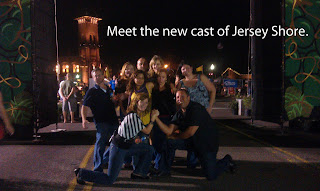 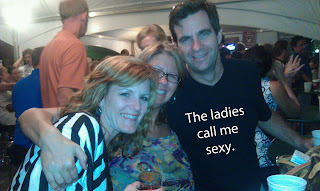 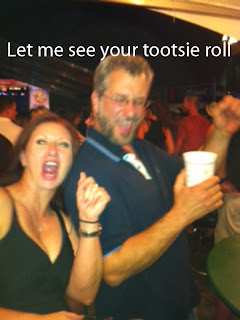 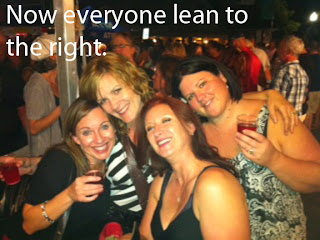 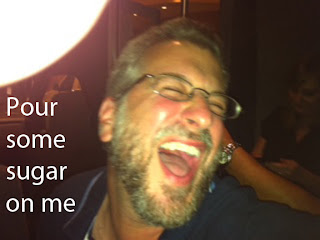 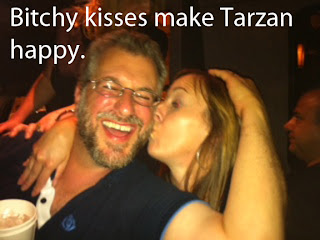 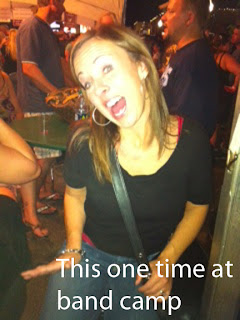 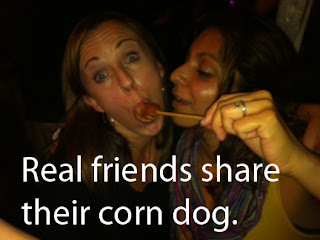 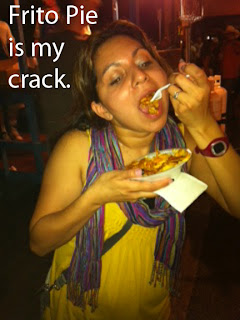 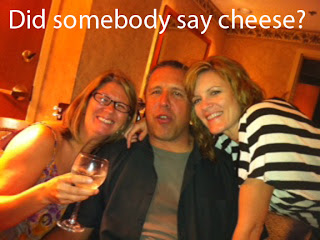 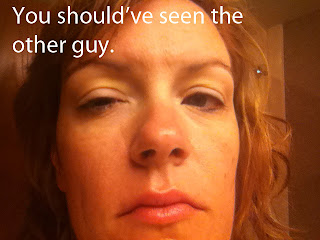 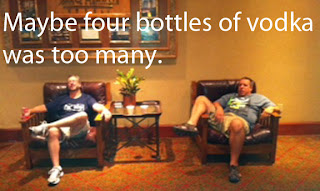 Posted by Randee and Angie at 2:51 PM 2 comments

Today was an easy 8 mile run.  Well, as easy as 8 miles can be in 90% humidity.  At least it was not crazy hot.  We did our Starbucks run, an out and back.  Little Brittany smoked us as usual.  Randee and I had not seen each other all week, so we had a lot of chatting to do.

Talia found herself a boy toy, and we haven't seen much of her since. 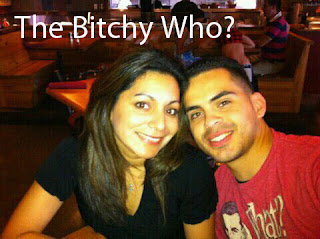 Tonight we have a fun night planned to celebrate my upcoming birthday.  At Starbucks we discussed my oldness. 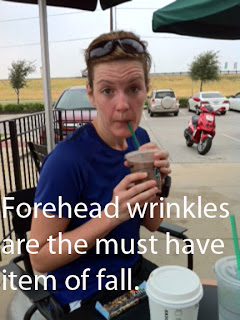 We have a 1/2 marathon next weekend. (The reason for the early celebration!)  I will move up to a new age bracket.  What an exciting birthday gift!

Randee kept reminding me that she is 1 1/2 years younger than me.  BFD.

She was teaching us sexy tricks you can do with toothpicks and Starbucks cup thingymabobs.

I'm pretty sure Little Brittany learned a lot from Randee's sexy lessons & can't wait to try them out. 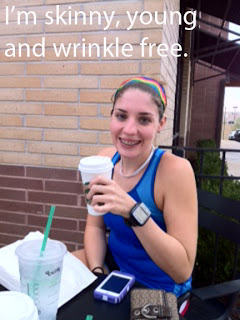 Or perhaps you only need the sexy tricks when you are old and wrinkly.  Oh well, I'm gonna celebrate every moment.  Perhaps I'll have a shot for every year.  Or maybe not.  That might kill me.  Just know there will be wine.  There will be friends.  There will be live music.  And there will be much fun had!

Posted by Randee and Angie at 2:53 PM 3 comments

We would love the opportunity to review your product!